In 1974 the world was presented with the first generation Golf, it was a front wheel driven compact motoring solution. The Golf changed the motoring landscape as it was known back then. It went on to become Volkswagen’s best selling model and was the world’s second best selling model. More than 30 million Golfs have been produced and sold since 1974. The car was also known as the Volkswagen Rabbit in the United States of America and Canada.

This little car has really made its mark in the motoring world. In South Africa we enjoyed a face-lifted version called the Citi Golf which was produced from 1984 to 2009. Every generation of Golf has been a runner-up in the European Car-of-the-Year awards with the exception of two, the Golf Mk 3 in 1992 and the Golf Mk 7 in 2013, which were winners.

With history like this it’s a no-brainer as to why these cars are a prime choice for anyone wanting to build a strong “street toy”. This brings us to the car in question… 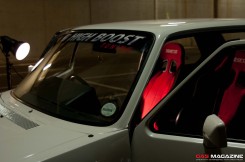 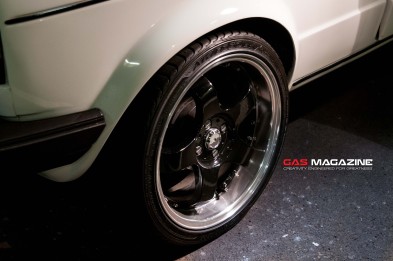 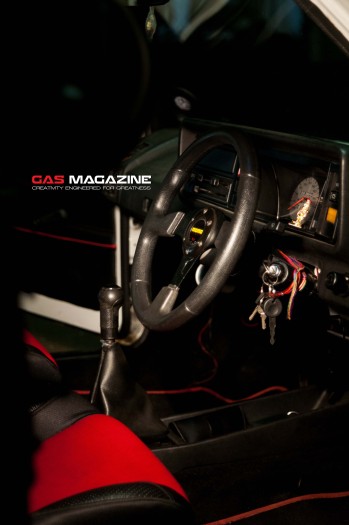 It was a passion to build small fast cars that made Vibhash Ramkaran take on this car. It started out like most car builds go, a fiddle here and a tinker there and before you know it the bill is as long as your arm and the boost is through the roof. The build is a relatively straight forward one, strap on a turbo and pour in the boost, but what sets this build apart from others is the fact that not only does this car go like stink, it also looks fabulous. This guy has paid attention to detail and none of these pictures do justice as to what this car really looks like. You have to physically see it, and then only can you appreciate the labour of love that it really is.

The engine is the 2.0l KR short block derivative. This was then fitted with a set of machined 9A pistons, that are connect to the crankshaft via a set of H-beam forged connecting rods. The sub assembly was then balanced and blue printed. With the sub assembly now looking all strong and up to the business, attention was given to the cylinder head. A custom 16 valve HBT head was used. It was ported and flowed, but maintained the stock camshafts. 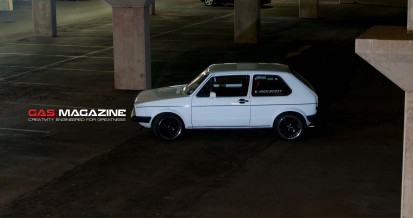 Now that the engine was strong and allowed for the easy flow of gasses, a hybrid Turbonetics T3/T4 turbo was used to get the boost going. The turbo has a few tricks to it, tricks that Vibhash maintains is a closely guarded secret. The boost control is taken care of by a Turbo Smart SSQ blow off valve. The task of preventing the turbo from destroying itself was given to a 38mm Turbonetics Evolution waste-gate. Fuel delivery is handled via dual Bosch 044 pumps and pumped through 12mm fuel lines. The fuel enters the cylinders via 1600cc injectors. All of these components are controlled by a Dicktator stand-alone management system. The spark is handled by MSD components.

All of that power is put down via a Golf Mk 4 TDi transmission. The transmission was fitted with modified gears and runs a final drive of 3.20. A custom clutch assembly was built, that comprised of a 4 puk button race clutch, a lightened and balanced flywheel. Now that the car made enough power to go fast it needed brakes to stop it just as fast. That task was handled by upgrading to the Golf VR6 front brakes, the rears remain stock. 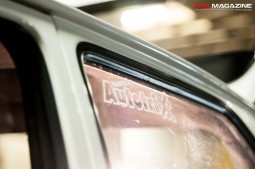 The car was lowered by 40mm using Eibach springs and Koni shock absorbers and sits on a set of 17’ Evolution wheels with black centres and machined lips. Being a full on race car, it has just the necessary bits as far as interior goes. Two Sparco seats with 4 point harnesses and a MOMO steering wheel, not much more is required. The body was fully restored and given a custom white spray job by Gonas Moodley of GTI Panelbeaters. No ICE is needed when you have a turbo winding up 3bars of boost.

The car is currently owned by Shaniel and he has affectionately named her “Sheila”. While the photo shoot was taking place we had a chance to chat with Shaniel.

What made you buy this car?

I watched this car get built and just had to have it. After much begging and pleading, Vibhash sold me the car. He knew that the car was going to a good home. It was my first front-wheel-drive car.

What sets your car apart from other Golf builds?

Although she has so much of power, the car can be used as a daily drive. Just fuel up and go without any issues. It also scares the daylights out of bigger cars.

What’s next for the car?

If you could drive on any road in the world, which would it be?

Are you currently involved in motorsport? If so, which form?

What was your first car?

What other car would you like to modify and how?

Yes. Firstly the Man above for always looking out for me, my wife and family for supporting my hunger for power. Special thanks to Vibhash Ramkaran of High Boost tuning for building the car and then selling it to me and to Vino Naidoo of Autotrix Motorsport for the awesome tuning and always getting it right 1st time. Thanks to GAS Magazine for seeing my car as special enough to feature in this awesome magazine. 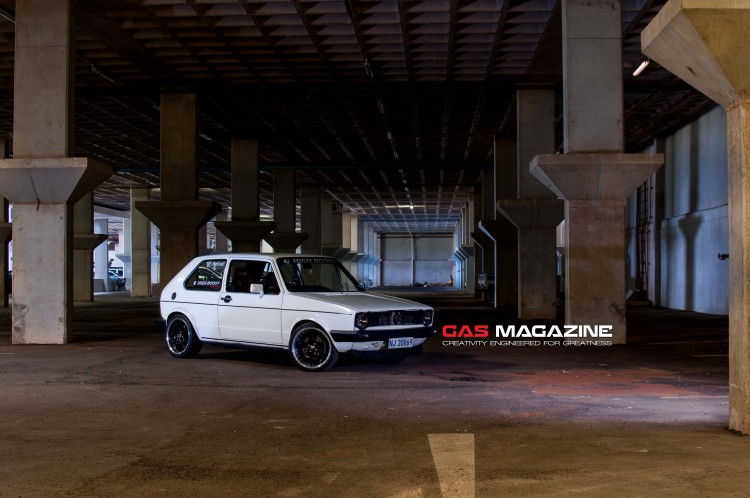 I see a future update on the cards, seeing that there’s bigger upgrades’ being spoken of. We from GAS Magazine wish you Shaniel many k’s of safe motoring bliss.