The second international African 6-Hour endurance race was held on 22nd February 2014 at the Phakisa raceway, with a total of 40 team cars rolling up to the starting line on the day.

One of those cars was a Nissan 350Z driven by Howard Blake, founder of Blake Group, and his team Total Drama Racing. The team also included friends Gary Sherratt and Marco Da Cunha, both of whom share Howard’s passion for motor racing.

The event attracted the attention of some serious racers, such as Daytona 24-hour winner Tony Martin, former SA F1 driver Eddie Keizan and Jaki Scheckter – with the organisers planning to develop this style of racing in South Africa over the next five years into a series of endurance races around the country.

The rules of the race only allowed a maximum of three drivers per team, with each driver only being allowed to drive for two hours before the next driver must take over.

The Blake Group is proud to announce that Team Total Drama Racing, despite the rainy and overcast conditions, and racing against some amazing teams, finished the race 3rd in their class, and 13th overall. 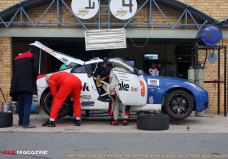 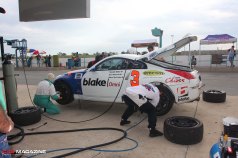