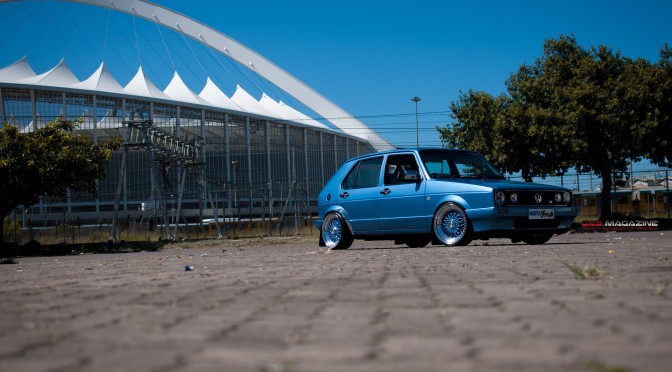 Like its predecessor (the Volkswagen Beetle) the Volkswagen Golf Mk1 has proven to be influential. In continuous production since 1974, the Golf was one of the first widely successful front-wheel drive hatchbacks. In the USA, the Morris Mini, Honda N360 and Fiat 128 saw only limited success. It was the Rabbit, along with the Honda Civic, that sparked another generation of European-derived front-wheel drive American compacts. Examples include the Dodge Omni, Plymouth Horizon, Ford Escort and Chevrolet Cavalier in the 1980s, the Beetle inspired Falcon and Corvair in 1960s, and the subcompact Vega and Pinto in the 1970s. The Golf was introduced to Japan in 1975, and was imported by Yanase dealerships in Japan. Its exterior dimensions and engine displacement were in compliance with Japanese Government dimension regulations, which helped sales. 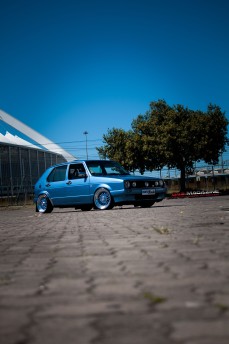 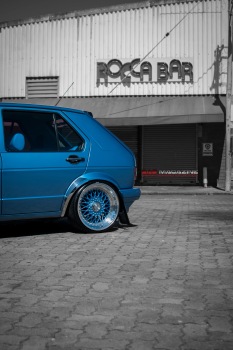 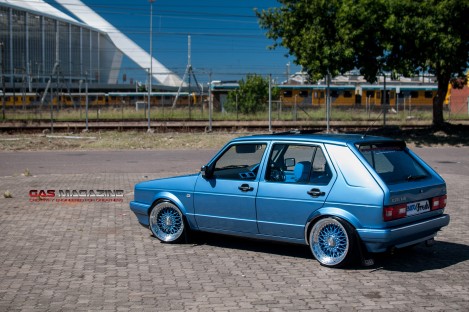 The solution arrived with Auto Union. They had attracted a small following with their technologically advanced Audi front wheel drive medium sedans. Volkswagen had acquired the Ingolstadt-based company in 1964 from Daimler-Benz. Audi’s expertise in water-cooled engines and front-wheel drive would be essential in developing a new generation of Volkswagens. The Audi technology in the Golf would regain for Volkswagen the engineering lead over rear-drive cars that Ferdinand Porsche had bestowed on the original Beetle over its large conventional peers. The small Golf had to succeed in replacing the high-volume Volkswagen sedan. The upmarket Dasher/Passat would be VW’s first front-wheel-drive car, and it was relatively well received for its lower volume market. The Golf would adopt an efficient “two-box” layout with a steep hatch rather than a formal trunk, which would be later added in the Jetta. The water-cooled engine would be mounted transversely in the front. Work on the Golf began in 1969, shortly after Kurt Lotz became head of Volkswagen. (wikipedia)

When Brendon Kanni decided to build a car he knew it was going to be the exact car you see before you. It was something, which had eluded him for way too long as he had always wanted to build an original blue VW Golf Mk I. It was bought completely stock and bared the original VW wheels. Which after not long was slammed to the custom 17″ blue Lenso BSX Rims with 185/35/ 17″ tyres. I have never met anyone so passionate about his car as this 26 year old boy in blue (no pun intended) who used his own car as his wedding car and in his humble nature shared a story with me about using his wife’s wedding dress to shine the cars wheel on the day. Luckily she shares his passion for VW and allowed it. 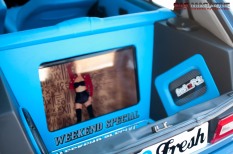 Boasting a smurf theme the car boasts a unique blue interior done by A Class Autotrimmers. To compliment this the dashboard was customized to Smurf blue add ins. Brendon’s pride bares the nickname “Weekend Special” after he drove through a busy street and a pedestrian called out to him saying “Weekend Special” and showing him two Facebook likes. The car’s ice setup includes a 26″ LG TY, 12″ Pioneer super tweeters, powered by a Targa 3000W Amplifier complimented by a mirror floor.

The smooth tone of the car is created by a Primaforce 50mm Branch I Exhaust. At night the WS comes alive with blue interior lighting. The weekend special can be seen at many shown shine events deservingly taking a few titles. Brendon would proudly drive his car on any road in Germany from Autobahn to Nurburgring. His very first set of wheels bared the VW name as well a VW Jetta 2 CSX. His dream car is a Shelby GT 500 but the question remains

… Will you trade the weekend special for it Brendon?

Brendon would like to thank Primaforce Exhaust, Radical Rides, Soundlab, and his family and friends.