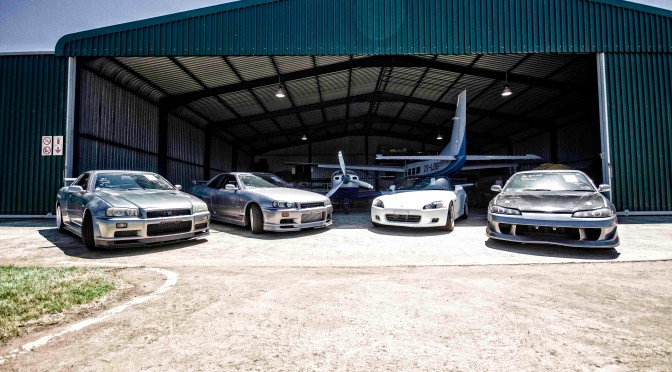 The perks of being a part of Gas Magazine… We get to play with 1000hp cars on a Tuesday afternoon… But of course it’s not all play and no work. We arrived extra early at the office to get out the daily routine before the big day began. In the midst of a phone call and speaking nonsense with our photographer Wade, we decided to set off to the South Coast…

First stop as always is breakfast, at Gas Magazine it is illegal to began a big day without bacon, so four Big Bacon king steer burgers it was (hmmmm hungry already). An hour later, after lying to ourselves that we actually ate a salad in between two buns, the infamous Kevin Hsu arrived in his Toyota Celica. God must have a sense of humor because this car set the tone for the day.

Driving along a busy highway and then out of the blue a sudden right turn. A short drive along a gravel road we arrived at a gate. (Thinking about it again it did seem a bit “pearly” pun intended). Through the gate and up the gravel road, we arrived onto a complete circuit. Except for a few people working on the field we were the only ones around. The choice was not an easy one, rip it down the straight or cruise and admire the beauty of this hidden gem. After a tour of the track, and into the pit lane only to be greeted by a metallic charcoal grey Nissan Skyline R34 sitting snug on HRE wheels.

It was almost as if she smiled and said hello as we drove into the parking next to her. Getting out of the car in admiration of this machine and was greeted by a man passing by on a scooter. A few minutes later and we discovered this man is the owner to all we see before our very eyes. A walk down to a hangar which opened up to…wait for it…four Skyline GTR R34s, a Nissan Silvia and a Kakimotso Racing edition Honda S2000.

The GT-R reappeared in 1999, with a revised chassis and other updates. The R34 turbos received a ball bearing core. The R34 N1 turbos had a metal exhaust wheel, and ball bearing center section. The turbo outlet pipes were changed from cast to formed metal outlets. The intercooler outlet side and rear turbo dump pipe had temperature probes fitted in the V-spec models. The biggest feature and most significant feature to the R34 GT-R that wasn’t seen on any other model skyline was the display unit at the top of the dashboard. This display unit was very significant for the car at its time. This display showed many of the cars engine stats including boost pressure, oil temp, water temp and more. As a 1999 car this kind of technology was very rare and advanced at the time. 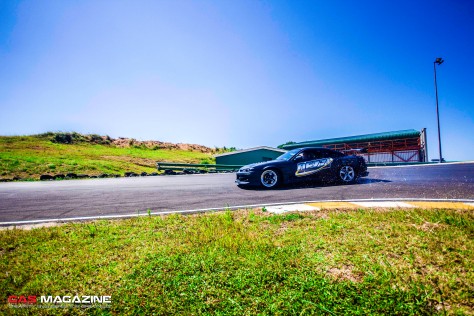 The display was capable of showing the G-force that the car was under when driving and there was also a lap timer that could be started by a button that was located near the gear stick. There was a computer jack lead hidden underneath the left passenger side skirt that could be used to transfer driving data from the car to a laptop. This could only be done with a Japanese version of windows and Japanese software, which today is very hard to come by. Other features such as the battery being located under the back seat of the car made more room available in the engine bay. The Nissan Skyline GT-R rivals are the Toyota Supra and the Mazda RX-7. *wikipedia

Here we were standing amongst one the most rare cars from Nissan in SA but not just one, four of them! Fresh of the container they still bared Japanese decals and import tags. Dusty they were still diamonds in the rough positioned outside a hangar holding 2 planes. Kevin and Wade began to capture all the beauty they could through their DSLRs.

Whilst we set off to meet the gentleman behind all the great builds Steve Clarke. Upon entering the workshop we saw another five Nissan Skyline GTRs, a Subaru BRZ, and a Mitsubishi Eclipse. Scattered all over the place the weapon of choice RB26DET. Four new builds being worked on one of them being a Nissan Silvia drag car.

Dezzi equipment is designed and manufactured by the South African born company, Desmond Equipment SA which has been in existence for more than 30 years, and manufacturing the Dezzi range equipment since 1995. The Dezzi range of equipment offers solutions to construction, mining, quarrying, forestry, sugar, industrial and harbor bulk handling applications.

Japan saw a new version of the Silvia (S15) in 1999, now boasting 250 hp (184 kW) from its SR20DET engine, thanks to a ball-bearing turbocharger upgrade, as well as improved engine management. The SR20DE (non-turbo motor) featured 165 hp (121 kW). The S15 Silvia included aggressive styling inside and out, updating the previous Silvia styling in-line with modern car design trends. The body dimensions were reduced from the previous generation so that it would comply with Japanese Government compact class, which had an effect on sales of the previous model. The S15 Silvia model lineup was initially simplified to just the Spec-S and Spec-R, both models offering an “Aero” variant with a large rear wing and side skirts/valances.

This generation of the Silvia was only sold in Japan, Australia and New Zealand but was available as a grey import in most other countries.

In Australia and New Zealand the car was sold as the Nissan 200SX. Within the Australian domestic market (AUDM), the S15 sold in 2 trim levels as noted above; Spec-S and Spec-R – however both models featured the SR20DET motor, albeit slightly detuned from the JDM spec cars. Nissan S15s were never officially sold with the naturally aspirated SR20DE engine in Australia or New Zealand. These two models were available at Nissan showrooms until the Nissan 200SX GT was introduced in 2002, the last year of production for the S15. Main differences here were namely the wheels being finished in a silver shadow chrome and updated larger rear wing. *wikipedia

After viewing the technical aspects of it all we were fortunate enough to be welcomed into Dezzi’s personal garage which held a secret build, two more Skyline R34s, a Chevrolet Lumina drift build and what better way to compliment all these machines than a personal 4 wheel drive dyno.

Back down to the circuit and the infamous Top Secret 1000Hp Skyline was present. I was fortunate enough to experience it down the 400m stretch being pushed back into my seat as everything around me blurs out at 200km/h.

The amazing part about this car is the team waited an entire year for the build to arrive here in SA from Japan only to strip it apart and improve it.

Top Secret is one of Japans highest profile aftermarket manufacturers, winning such prices as the 2007 Tokyo Auto Salon Champion with the Final Evolution JZA80 V12 twin turbo Supra. Well known for body kits and styling, Top Secret also have an intimidating presence in Wangan high speed tests, professional Drifting, Circuit and Drag Racing. Smoky has toured the world from the UK, to Europe and beyond; Top Secret has won a range of prizes including the Best Tuned Car at the Max Power car show. *wikipedia

As the saying goes time flies when you having fun and it was almost time to go home but not before we saw the heart of it all the Dezzi production plant. Its not every day you get to experience the behind the scenes of a well-known name in the plant and earth moving industry courtesy of Shane Gutzeit. 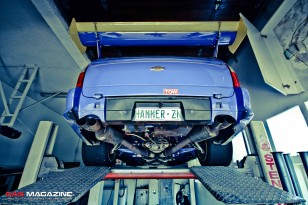 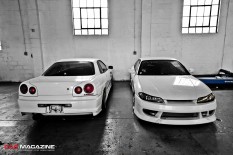 We wanted to get a shot of him including some Dezzi branding so we went to the garage where the Dezzi van stood. Can you guess what was parked next to it…yes that’s right…a white Skyline GTR R34.

On that note it was the drive back to Durban oh and of course Miller time for everybody but the sober driver. Special thanks goes out to Desmond Gutzeit, Shane Gutzeit, Steve Clarke and his team and of course Darren Lewis from Corner 57.