So the time had finally come for one of my favourite events of the year, VW Campfest. The annual pilgrimage for all VW lovers. We all know how big this is for VW owners and being a VW owner myself, I knew I couldn’t miss it. My first VW Campfest experience, I honestly was so damn excited I felt like a kid that was about to go to Disneyland. The 8th of Feb arrived and that morning I decided I was going to join the VW Club of South Africa in their convoy to Buffelspoort which was the location of Campfest. Buffelspoort just happened to be 98km away from Johannesburg in the middle of nowhere! But no worries because I had a full tank of fuel, a case of…water and my new found friends from the VWCSA. We met in Randburg and left at 7:30am from a garage there. Just the sight of about 20 VW’s leaving that garage to Campfest was enough to get me all smiley and patriotic about owning a VW. I give a lot of credit to the officials from VWCSA who did a brilliant job in getting us there and making sure the pack stayed together throughout the convoy. We were told to drive responsibly, but of course there was some misbehaving. 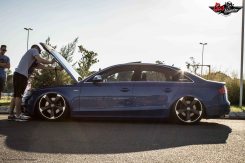 The drive took us about an hour and a half which felt quicker. The real shock came when we got to Campfest. As we drove up, I looked at the line to enter and it snaked from the entrance for about 500m down the road. We waited for an hour in that line before we reached the front which was really frustrating because I really needed the bathroom and every time I wanted to jump out and run to the bushes I would have to move my car an inch forward. If the bathroom issue wasn’t enough, the sun felt like 500 degrees. It was scorching hot but when I reached the entrance I realised it was all worth it…I think we all did. No matter how long that line was, or how hot it was, the passion for cars could be seen on everyone’s faces, as well as a need for a beer. 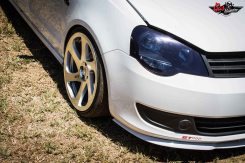 What was also really unique about Campfest is that everyone brought something different to the show, and that’s what makes a show worth coming for. 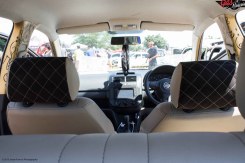 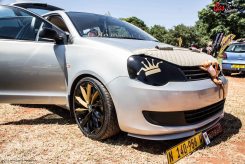 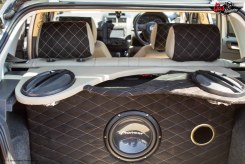 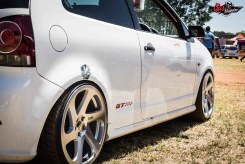 When I drove in, it was unbelievable. Cars from all over South Africa and even our bordering countries. It was VW heaven! VW’s everywhere! From standard to slammed, old to new, the sight was just amazing. People pitched up their gazebo’s, had their braai stands out and their rides slammed and parked next to them. Some even came in campervans and setup their little braai area. But not all the cars were VW, I saw some decent looking Toyota’s and BMW’s too…but anyway as I was saying…These VW’s looked crazy! I knew driving around in circles wasn’t going to get me far so I parked my ride (in reverse) and after me followed the VW Club guys who parked alongside me. That made me smile even more. Honestly I could have been driving the worst looking VW and I would have still been so proud to drive it there. I walked around and looked for the most craziest, different and awesome looking Dubs. 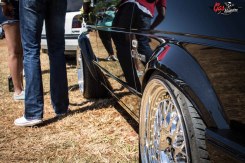 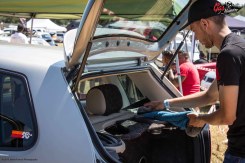 I came across another GT like mine and went nuts; this guy had his floored with a sick set of Rotiforms. When I started talking to him I realised he’s also from Durban. That was a proud moment for me haha. Our Durban guys made the effort to drive all the way up just to rep the 031. It wasn’t only Durban, Cape Town, P.E, Ladysmith and more showed up in their numbers to represent their hometowns. What was also really unique about Campfest is that everyone brought something different to the show, and that’s what makes a show worth coming for. 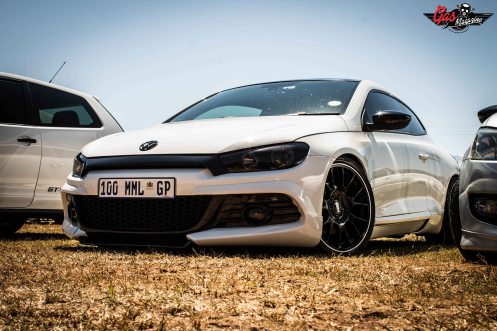 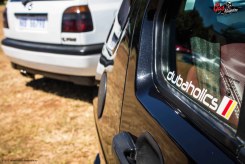 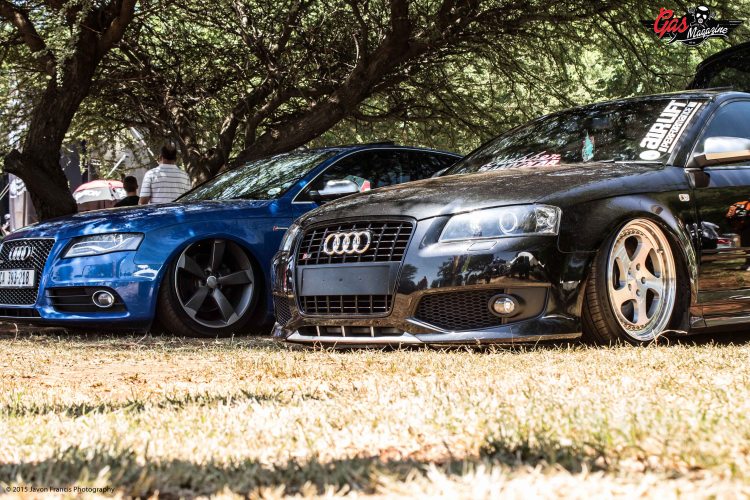 There were also some sad moments. I couldn’t help but notice that the drive to Campfest took some beating on the cars. Some guys had their spare wheels on because of how hectic the potholes were. I saw some guys with their bumpers scraped and pulled loose. One guy even stopped me and said that nobody is taking pics of his car because he messed it up hitting potholes on the way to Campfest. I have big respect for those of you who wrecked your car all for the trip to Campfest. Don’t worry, there’s always next year. This is what we do and this is what we live for. Not potholes not speed bumps, nothing can stop of us from the love of modding and showing your car and especially in a place like VW Campfest. 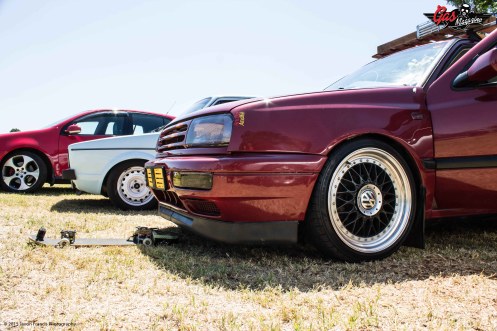 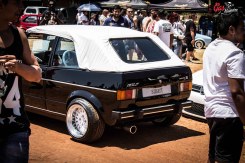 From Beetles to campervans, Golf’s to Jetta’s, this year’s Campfest brought everything you can think of. One thing’s for sure is that the bagged community is growing by the numbers. There are a lot of guys getting it low and static but I think they’re starting to get overtaken by the bagged community. Ouch…with much love for VW’s, I can definitely say that I will be going next year and hopefully be bringing a modded VW to the scene, maybe even bagged.  I’m really glad that the officials used some legendary photographers to judge the cars and I’m sure they were judged fairly. If you want to know if it’s worth making the trip next year, I can tell you it is! Just carry some suntan lotion, a six pack and your shades! 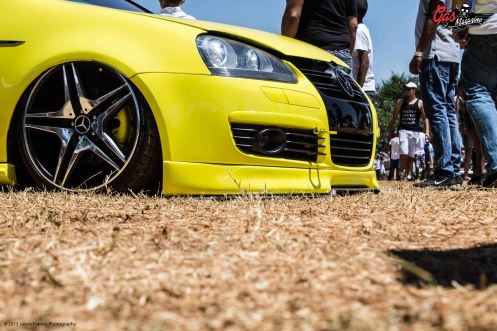 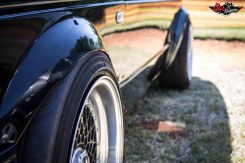